CUMEDIAE at the E!SHARP Live Conference: WHAT DOES EUROPE MEAN TO EUROPE?

CUMEDIAE at the E!SHARP Live Conference: WHAT DOES EUROPE MEAN TO EUROPE?

CUMEDIAE was honoured to attend the conference on “What does Europe mean to Europe?” of E!Sharp magazine, held on January 24, 2017 in Brussels.

Journalists of E!Sharp magazine and representatives from UK and European Union pointed out the key role played by European identity and national identities in political discourse, as well as the profound challenges that the European Union itself is facing.

On this occasion, CUMEDIAE was well represented by its Chairman and CEO Ignasi Guardans and by its Head of Strategy and Projects Stefanie Thomas, who shared their ideas on the Europe of the future and the many crises of the present. These two actors are not considered as a threat of disintegration, but as “forces of fragmentation which are pulling the EU in many directions”. Indeed, faced with Brexit, the convergence of terrorist attacks and a refugee crisis, and continued slow-moving growth, the EU has failed to control and lead.

In order to give the maximum visibility to this important conference, CUMEDIAE used social media tools to synthesize and publish the speakers’ speeches and interventions, highlighting the importance of the intersection of culture, the creative industries and global politics. Twitter continues to be CUMEDIAE’s most successful and effective tool to engage with its audience thanks to its interactive, global nature and its capacity to bring together an unlimited number of organizations and individuals interested in the arts and culture.

What about the future of the Europe? 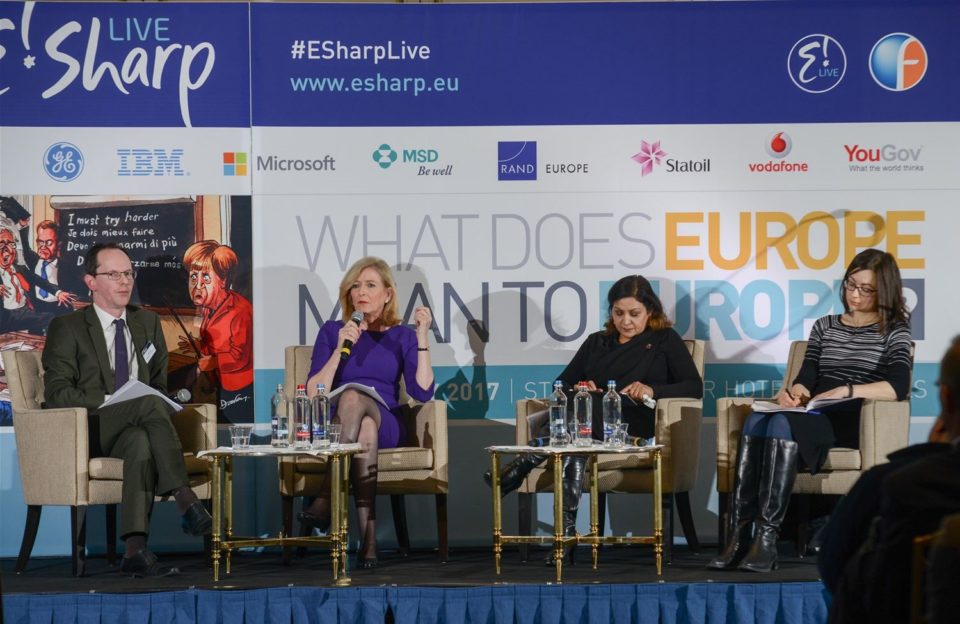 The E!Sharp Live conference is designed to help to take a fresh look at Europe, reflective and critical but also positive and constructive. With an impressive panel of experts and commentators who have shared their analysis and wisdom, they wondered if it is possible for the EU (and how it can go about doing so) to become more relevant to the citizens and if its institutions can deliver solutions to the migration, security and economic problems, while examining the role of national capitals. Of course, it is impossible to have an answer: we have to live the moment and to trust ourselves and our political leaders.